In my stash of cookbooks I have two that are focused on mixing up cake mixes to make something better or different, I found the idea for this little science project in one called 101 Things to Do With a Cake Mix. It said simply white cake mix one cup yogurt. Now I've seen the pictures all over Pinterest of the Greek Yogurt and cake mix recipe, so I was curious. Hungry Girl had a newsletter with 5 different substitutions for the eggs and oil in a cake mix, and I was curious to see how well they would work. Naturally I don't want to make 5 different cakes, but I figured a 16 oz cake mix would divide into 4 portions easily--and I could try 4 different ratios to compare.

The number one tool that made this work was my food scale--which helped me divide the cake mix and figure out the amount of liquid ingredients to add to each. 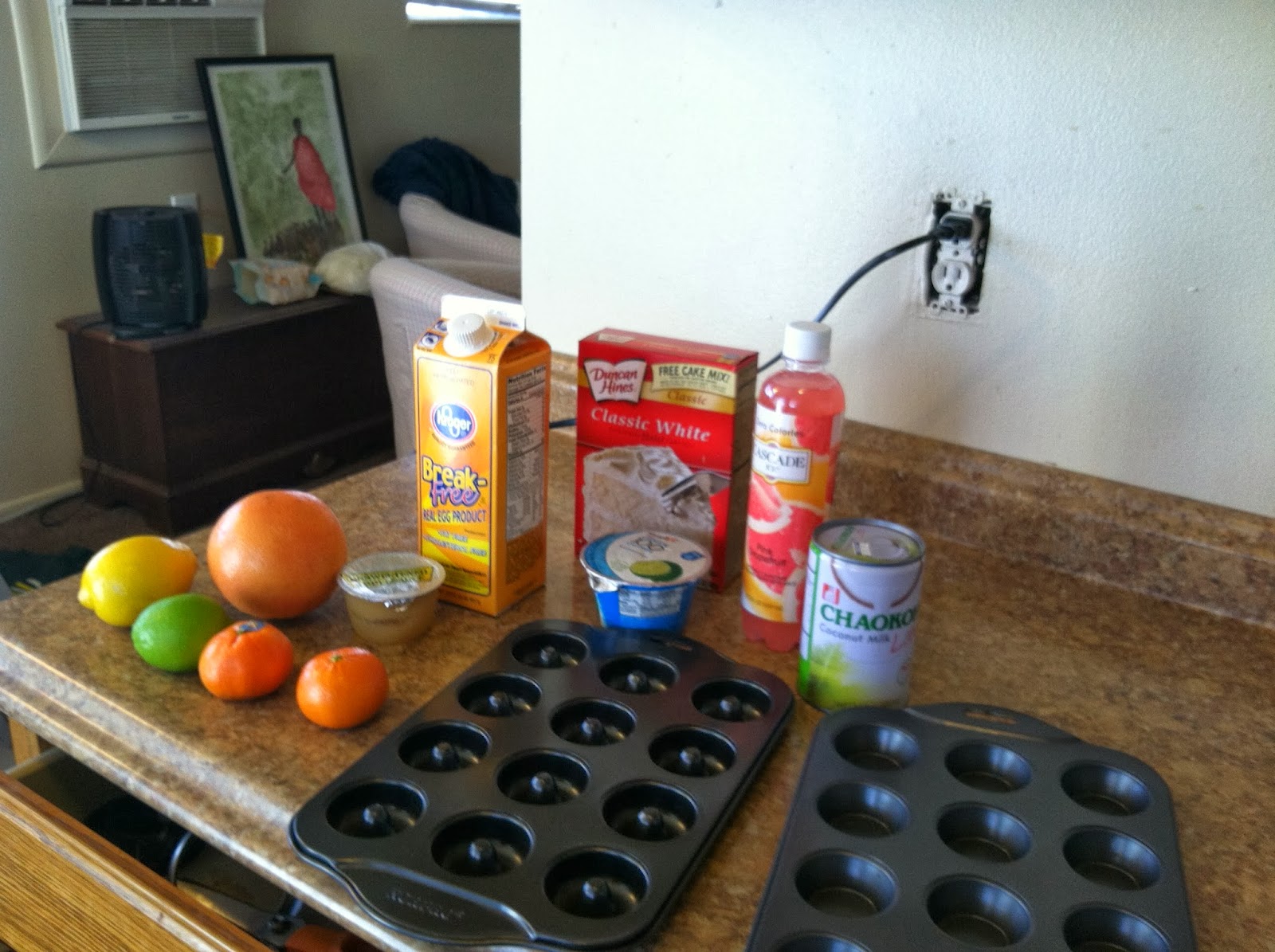 So I divided the cake mix into 4 bowls with about 4 oz in each. The mix is really lumpy, so I used a fine mesh strainer to break up the lumps. I chose a different citrus for each batch, and added some zest to each to pull out the flavor. The ratio is 4 oz of cake mix to 4 oz of liquid. 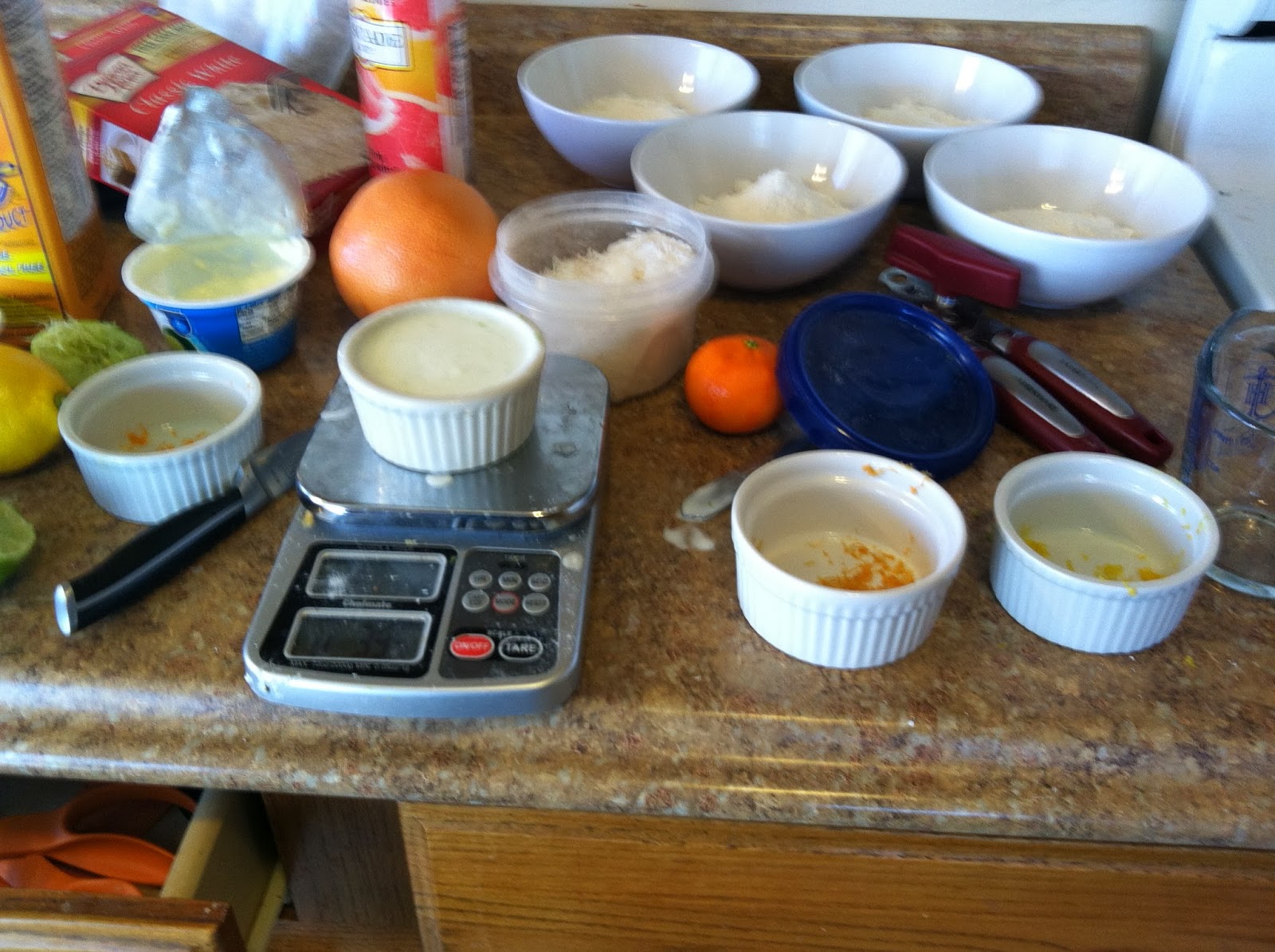 The nice thing about this experiment is that each batch was just enough batter to mix up in my cereal bowls. I made these in my new mini muffin pan--and mini donut pan though I didn't succeed with that so used the mini muffin tin for most. It was difficult to figure the cooking time, so I think the first batch that came out poorly is partially a need for a few more minutes in the oven to give it more structure since it is so soft anyways. 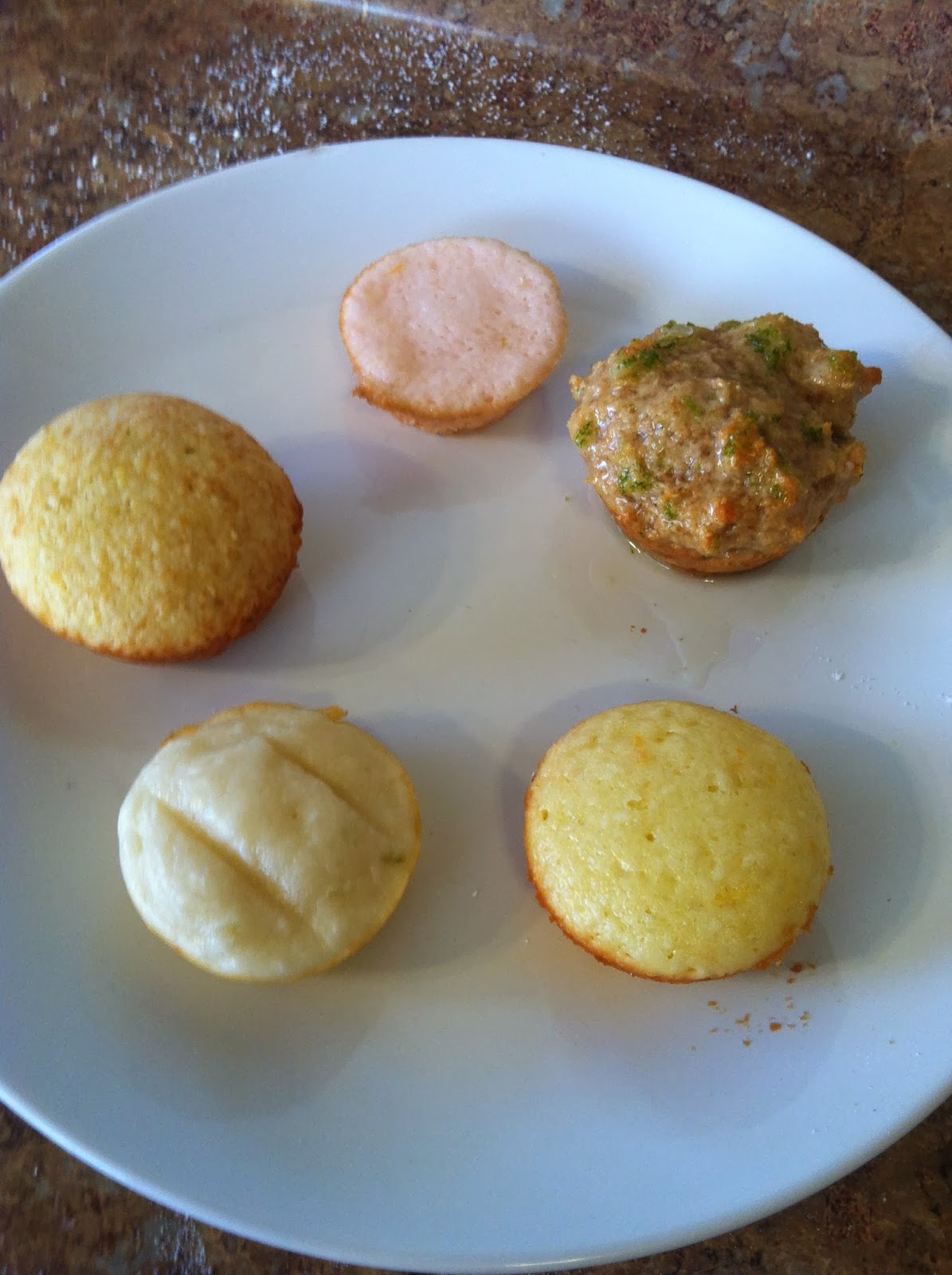 The Verdict: The best is absolutely the one with the egg substitute and apple sauce. It tastes just like what one would expect with a cake mix made with egg and oil. It also has the best texture and color. Next is the coconut milk and juice--the texture was not as good, it was more crumbly and most didn't come out of the pans in one piece. But it still had good color, flavor, and more cake like texture. The soda one was very soft, almost mushy, didn't rise well, and had a more unpleasant taste. I love the fake ruby red grapefruit flavor, so it wasn't just that, they just tasted gross. The very worst, however, was the yogurt one. It was so gross that I put the leftovers down the drain. It was soggy, mushy, tasted off and while it raised more than the soda one, it didn't get a good texture. After these were mostly so bad, I wanted to try two recipes from scratch to compare. I'll post on those next!
Posted by Sarah at 4:00 AM