The next carrot cake I tried is from The Craft of Baking. I actually have baked a cake from this before--but never ended up blogging about it, even though it turned out fine. As I recall, I'd typed it all up and the internet ate it. I guess the cake was so good that it wanted it all. Anyways, this is a nice recipe, pretty standard, except it calls for demerra sugar instead of white or brown. It is also the only recipe I didn't have to divide. It makes 14 cupcakes, which is a strange amount if you ask me. 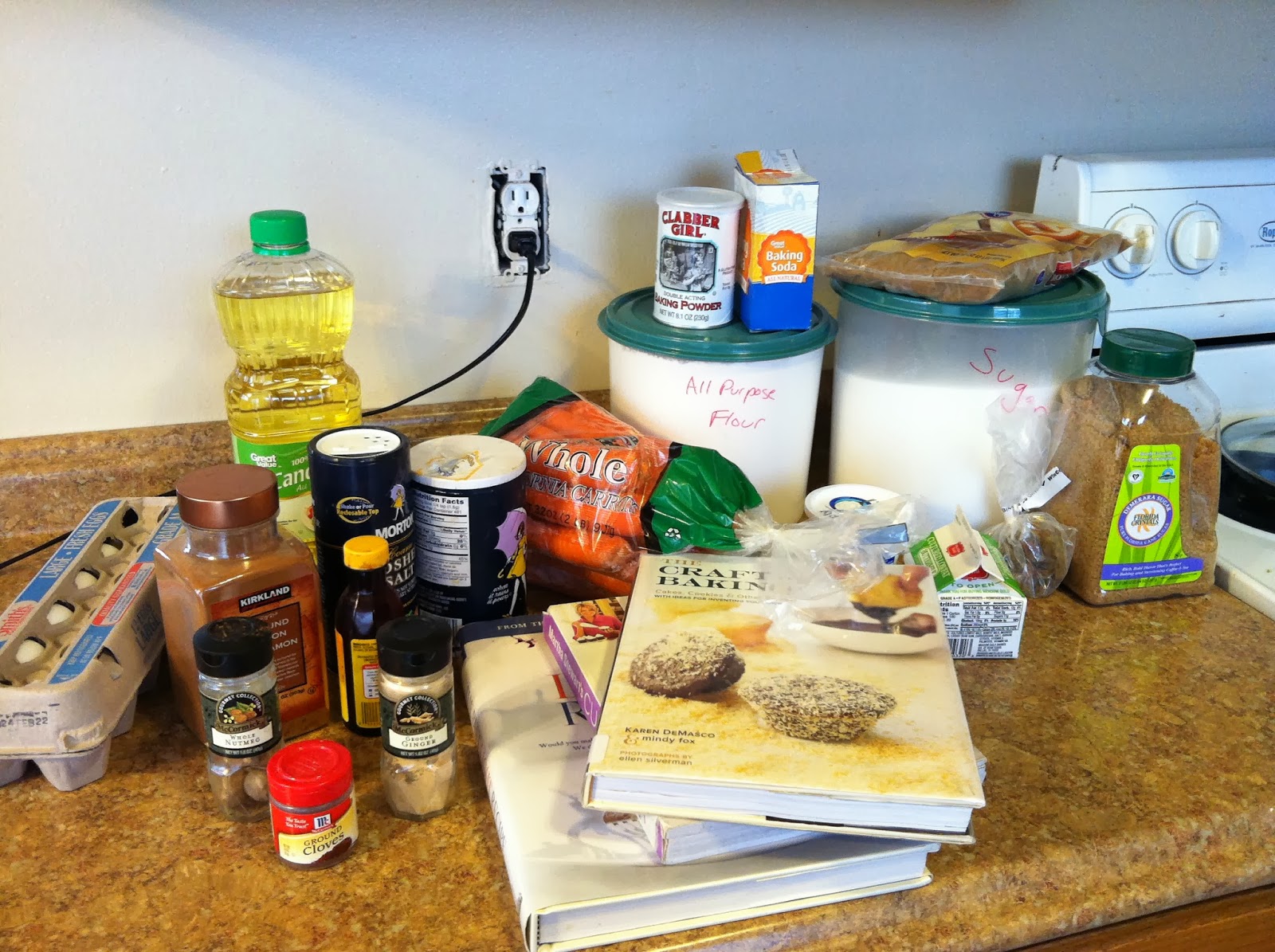 With the carrots already grated, the first step is adding the dry ingredients and sifting them together, and set aside. The sugar, oil, sour cream, and vanilla are whisked together until blended and then the egg and egg yolk are added in and whisked together.

The flour mixture is added in slowly, until just combined, and then the carrots are folded in. The batter is even thicker than the ATK recipe, and really resembles more a muffin batter than cake.

Since I made this as directed in the book, it made a lot of mini muffins and still over a half dozen regular sized cupcakes. The mini ones cooked in a 350 degree oven for 10-12 minutes, and I turned in the middle of the time. The regular sized ones cooked for about 20 minutes, they were a little overdone, but I didn't fill all of the cups. My sister has since told me that I should fill the unused spaces with water before cooking. Well you live and learn.

The Verdict: A light and moist cake that has a really delicate crumb. It isn't too sweet, with a strong carrot flavor. This was pretty similar in taste and texture to the ATK recipe, though this clearly has more fat with the extra egg yolk and a little more oil. The demerara sugar didn't really produce different results than the brown sugar/granulated sugar mix. This was slightly more popular than the ATK recipe at work--though it was option A so some folks commented that they thought the first thing they tasted was the best. Someone did comment that they thought it had a lemony taste--which I couldn't figure out. I did add some orange zest to the frosting, but I used the same frosting for all of them.