According to Claudia Roden's Arabesque, a typical dessert to go after a hearty Moroccan meal is a light orange salad. I would love to say that I followed her recipe exactly to get the full experience, but the recipe in the book is so simple that my lack of orange flower extract left me with just sliced orange. So I experimented and added some things that I think stay true to the original concept and flavor profiles. This is a great winter dessert for when the stores are overflowing with all kinds of citrus! 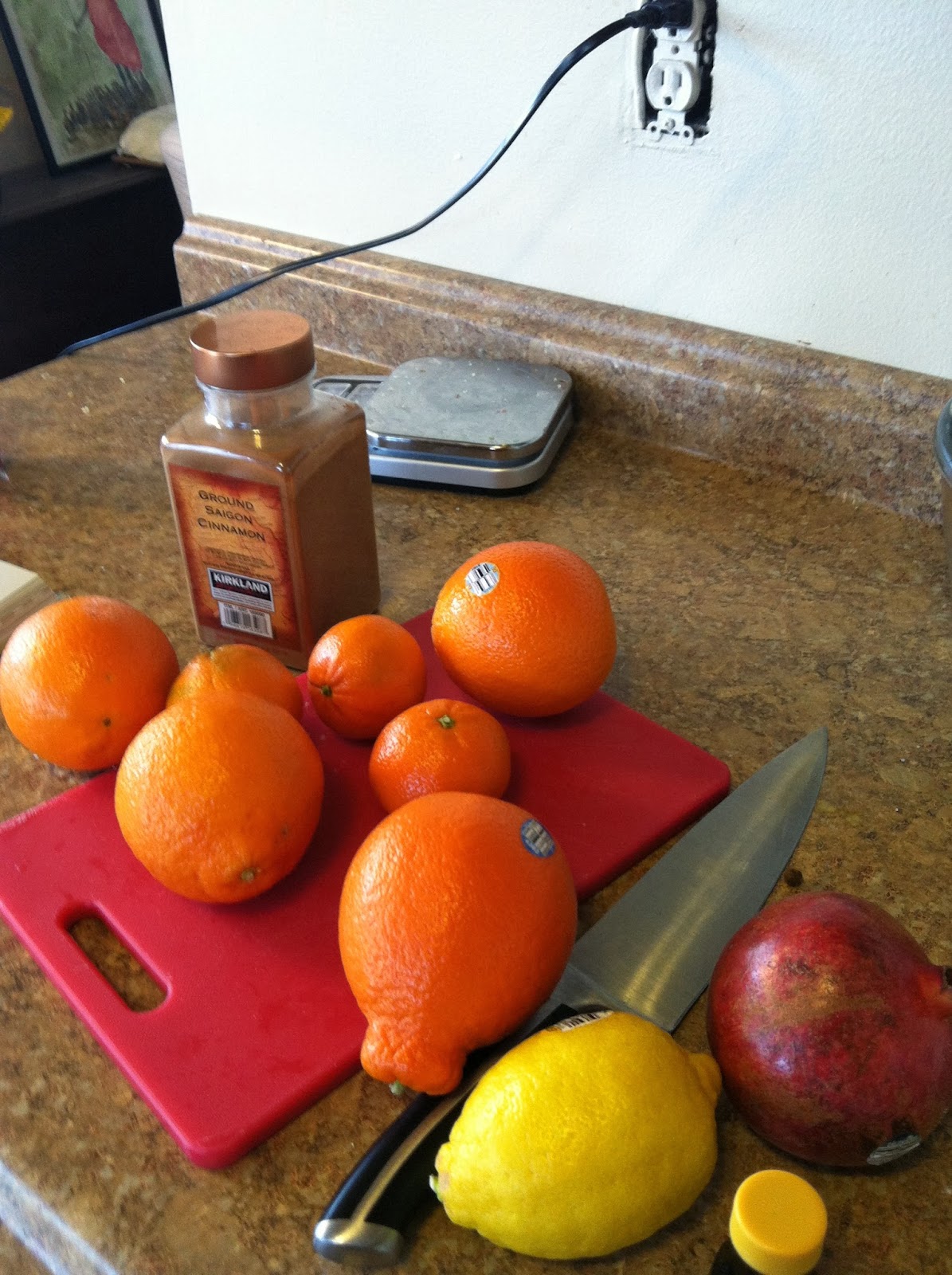 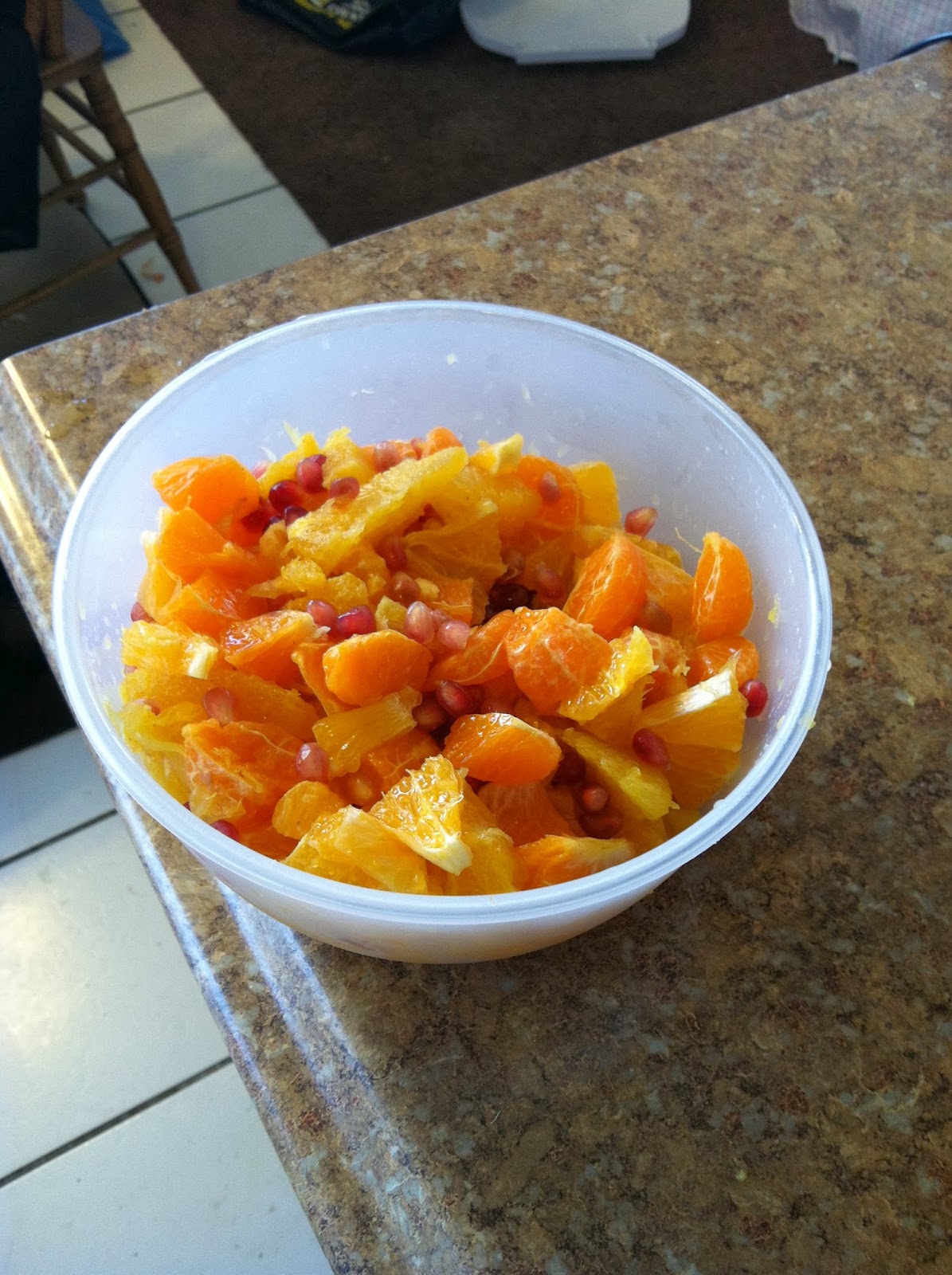 This is a super simple dish--but has an interesting flavor profile that transports you across the world! Peal and chop the citrus, taking off as much of the pith as possible. If you want to be fancy, you can cut it out in segments, getting all the pith out. For the larger fruit I cut off the peal and then sliced and tore the pieces apart. As I slice them I put them in a bowl, trying to collect the juice as well. Next get the pomegranate seeds out of the fruit--there are probably better techniques, but I just cut it in half and used my hands to get the seeds out. They get tossed in with the citrus as well.

I drained some of the juice into a small bowl and added a dash of cinnamon, a small grate of an allspice berry, a drop of almond extract, and a quick zest of lemon. You can also whisk in some powdered sugar if your citrus isn't sweet. That is tossed over the citrus and the salad is chilled.

The Verdict: The warm seasonings with the cool citrus, and the crunch of pomegranate really elevate this fruit salad. Plus healthier than the almond cookies I'd thought to make. Use whatever citrus you can find in the store, different kinds mixed together make a nice contrast!