So about a month ago I found some bags of meyer lemons at WalMart and decided to make something I'd never had before--preserved lemons. Today is the culmination of that experiment, in which I made an elaborate tagine to highlight the lemons and the flavors of Morocco. I was inspired by Claudia Roden's book Arabesque, which I checked out of the library, though I may have to buy my own copy! I made 5 recipes from this one book, in one weekend--this has to be a sign of a book I should have in my collection. 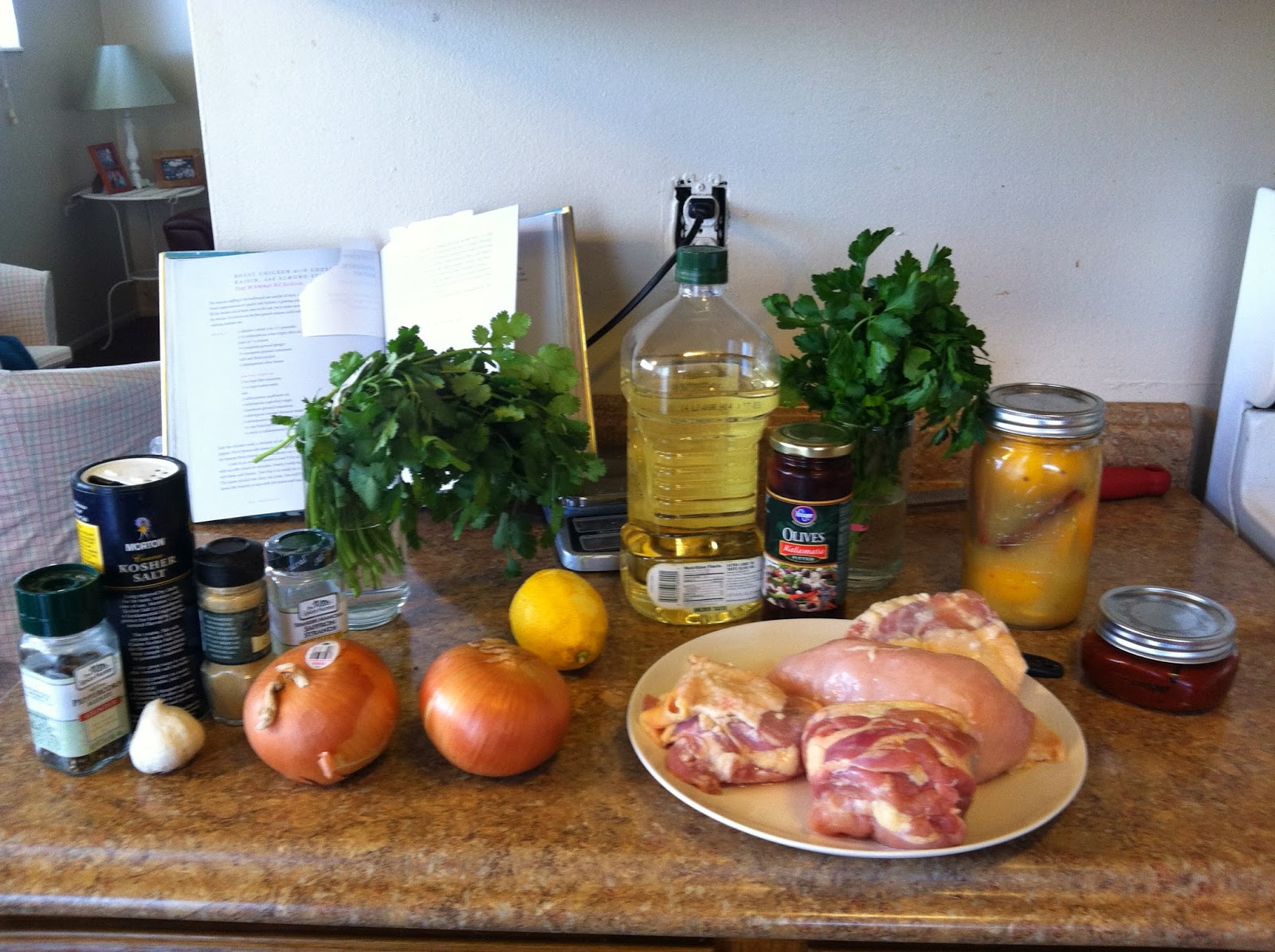 I cooked this up in my dutch oven from start to finish, so while any dish I have to start thinking about a month before hand is elaborate to me, this actually could be a one pot meal! The first step is to chop the onions really fine and saute them in a tablespoon of oil heated up in the pan until they soften. Then grate the garlic and add it, the ginger, and the saffron to the pot.

I went to four stores looking for saffron--though actually all but one had saffron. I just couldn't spend 18$ on a bottle, so I kept looking. I ended up spending 10$, but it was the cheapest I could find. And that 10$ buys this teeny little baggy, so small! It does give a nice yellow color and an indescribable flavor that apparently can't be duplicated. The chicken goes on top of the onions and is generously seasoned with salt and pepper. Then about a cup and a half of water is added and the pot simmers for 15 minutes covered. I turned the chicken once and checked to add some more water if it dries out. At this point I remembered the harissa and added it--though it should have gone in at the beginning.

While that simmers away, I got out the preserved lemons, and the rest of the add ins. While I made the lemons for this dish, I've already used them, and may actually make another jar before citrus season is over. They are just that good--I could eat them plain, on veggies, with eggs, with fish. I thinly sliced them, rough chopped the olives (I prefer a little of the olives through out), chopped the parsley and cilantro, and juiced the lemon.

I served it with a cucumber yogurt salad and a spinach preserved lemon salad, and a little bread. 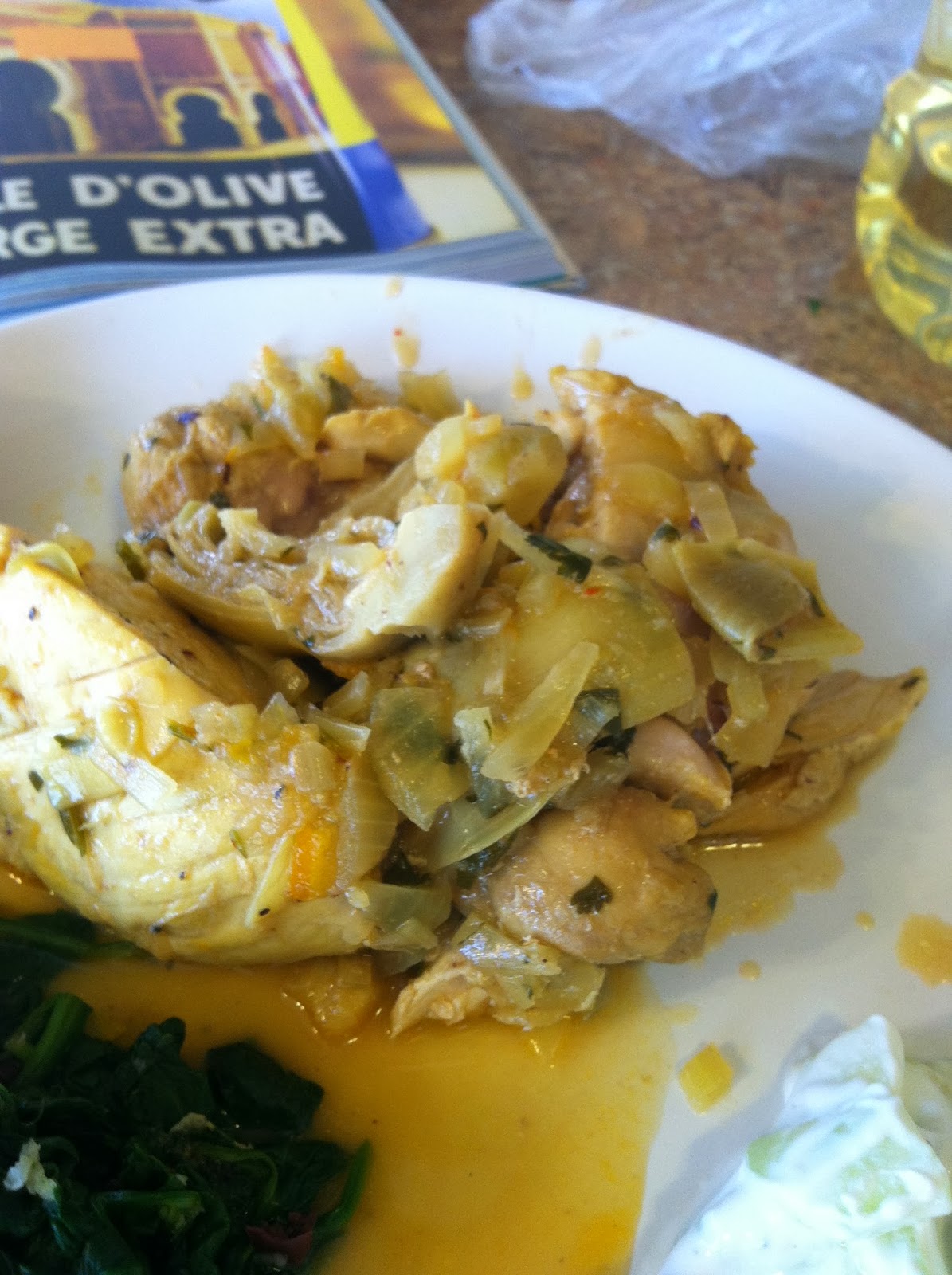 The Verdict: Lemony, savory, salty goodness--this has just a hint of heat and is not the flavor profile I would have thought from my last tagine. I love the onions and artichokes, the tender thighs, and the sweet salty bite of the lemon. The breasts were a bit over cooked--in the future I would just do thighs or just breasts--though I think the ability to cook the darker meat longer helps develop the flavors. It went really well with the spinach and just a crust or two of fresh bread.