I made this quick meal from a cookbook we just got in at the library, Comfort Pie. Since I'm in charge of that area I look at all the books that come in, and was surprised to find a recipe in this locally published book that used harissa. As the title of the book suggests, there is not a lot of healthy cooking contained in the pages, and this recipe is no exception. A fried pastry was not something I was willing to take up, and I couldn't find any brick pastry, but regular pyhllo dough baked in the oven worked as well. 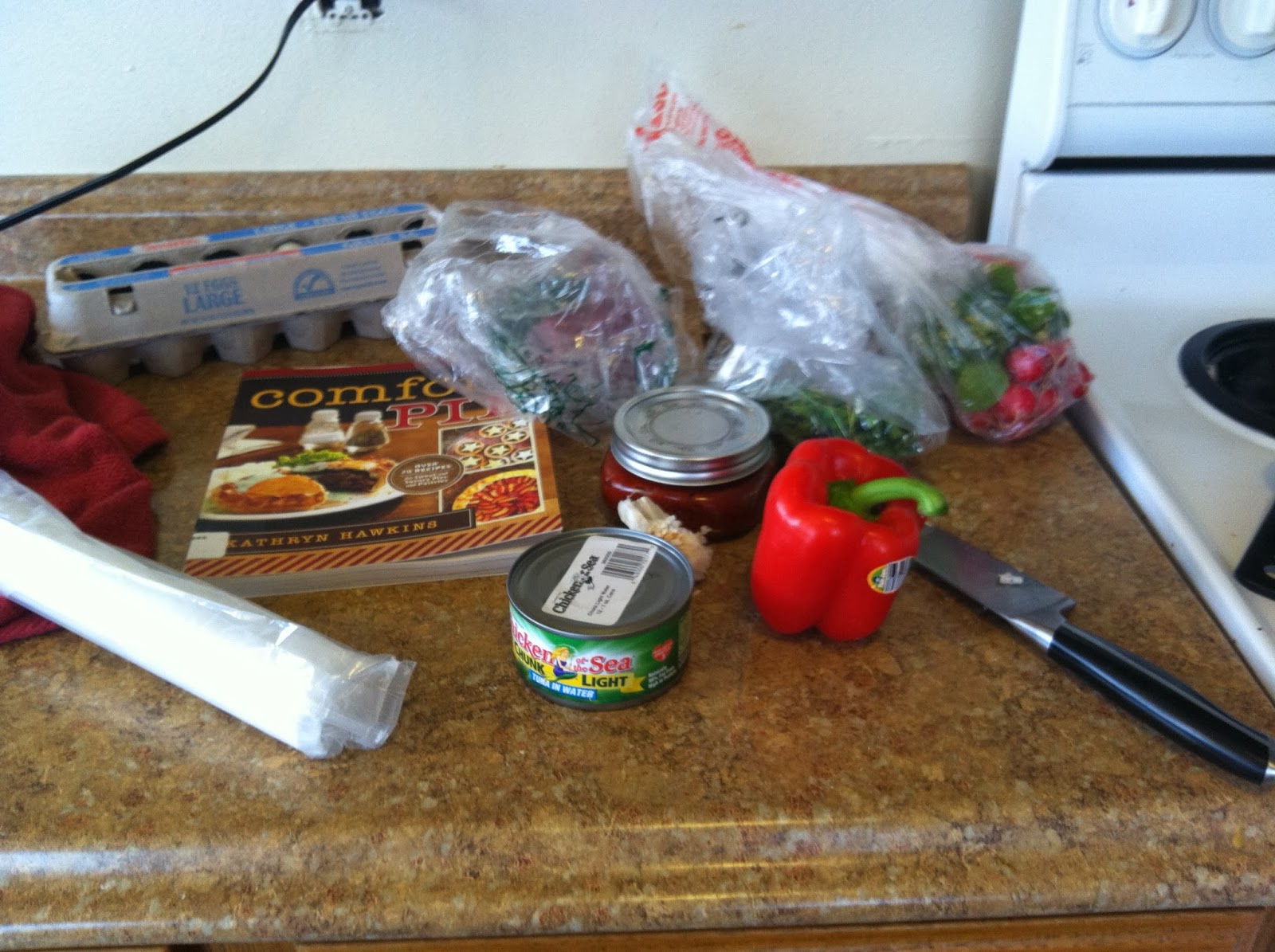 The tuna is drained and mixed with the harissa paste, cumin, coriander, and salt and pepper to taste. I chopped half a red pepper and about a fourth of a good sized red onion and the good parts left from a sad looking bunch of cilantro I found in the back of the fridge. This went into the tuna mixture. The recipe called for more onion, cilantro, and pepper to be made into a salad, but I didn't have much cilantro. I added some lemon juice to the tuna for flavor.

Part of the tuna is portioned onto two sheets of phyllo dough and a well made in the center and an egg yolk with a little of the white is placed in the center of the tuna. Then the top of the phyllo is wrapped around and folded up and sealed with water. I sprayed the top with some cooking spray and placed the packets in an oven that had been preheated to 375 degrees.

I cooked it for about 10 minutes and check it, and then let it cook for about 5 minutes more. It probably could have gone a few minutes more, but I was hungry!

The Verdict: There was a nice balance of flavors and textures with the spice from the harissa, the fatty egg yolk, the crunchy phyllo exterior. It was not as light as some of the things I cook, but it was very satisfying and the phyllo actually was the perfect amount of "bread" to tuna salad. I was worried about how the egg would work in it, but I love a runny egg yolk, and this made a nice sauce for the tuna. I re-heated the second one in a sauce pan that was really hot--it got the phyllo extra crispy and was just as good. I still have some of the tuna left, so I plan on making a few more later!
Posted by Sarah at 2:30 AM