While I've discovered a love of cooking since the first of the year, I still haven't figured out a way to fit in cooking more than one or two days a week. I'm the worlds slowest cook, and have no energy after a long day of work to throw things together, plus I work two nights until 9:15. So every Sunday I cook one big meal for the rest of the week. This week I knew it would be pie of some sort--since it is pie month! I had two recipes in mine, and the one that won is a pot pie from a Rachel Ray cookbook I bought at goodwill. Buffalo chicken pot pie--with extra veggies!

The recipe is posted all over the internet--it was on TV after all. I used my book and made some changes. 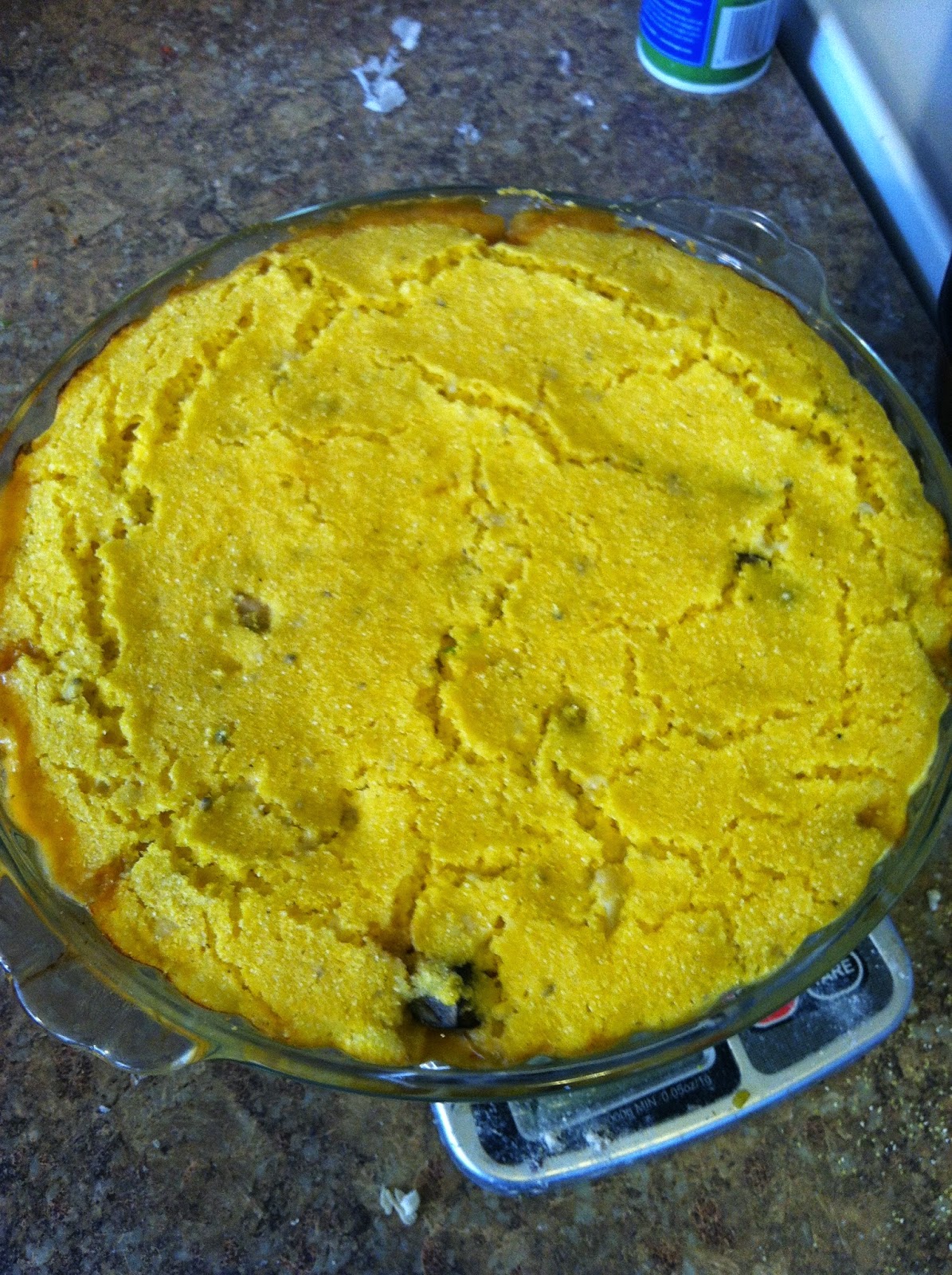 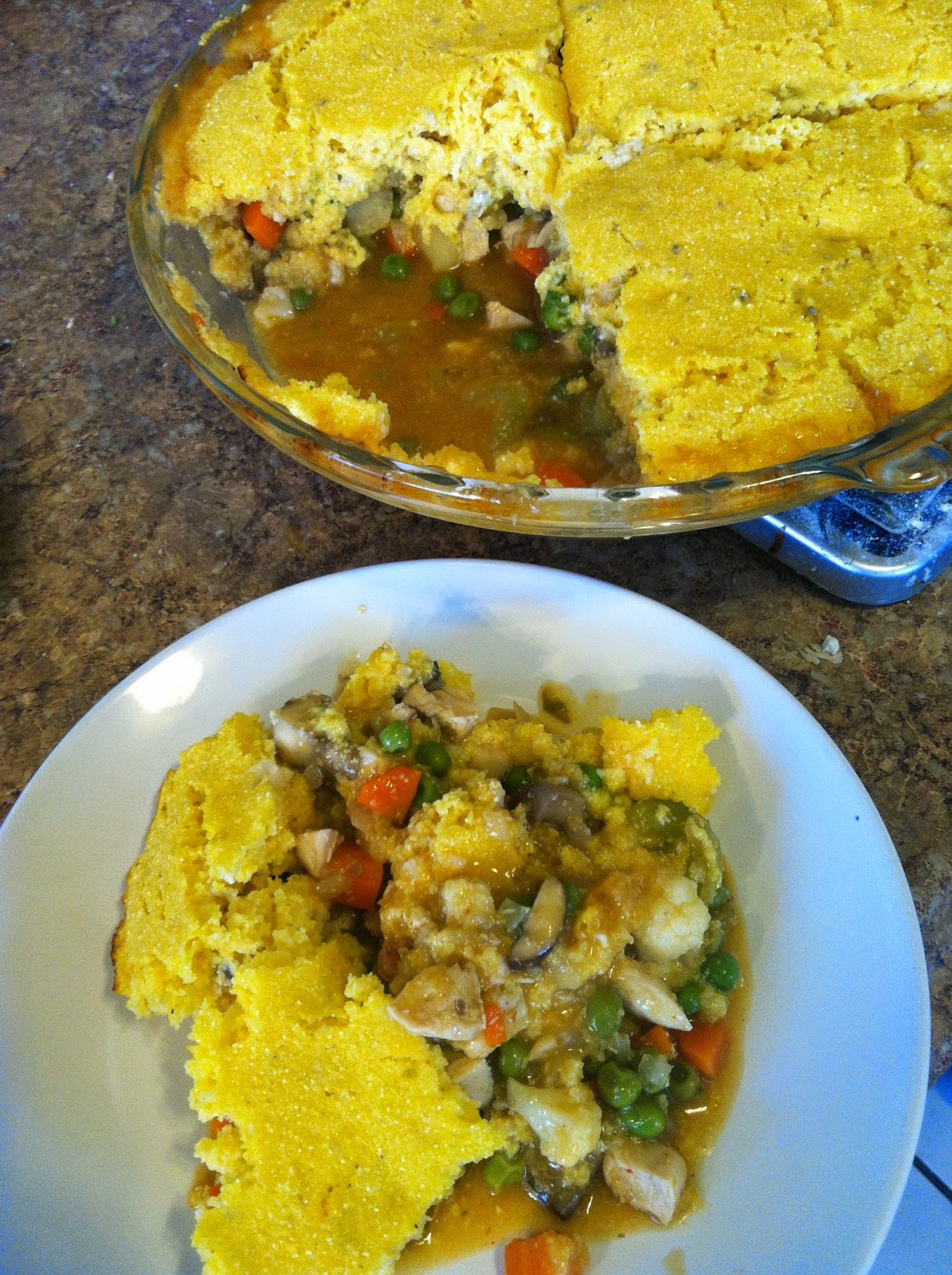 First you cook the chicken in a pan, if you follow the original recipe you use a lot of olive oil to do so, and then once it is cooked, take it out and then cook the veggies. While the veggies cook you make a roux and then add the broth and hot sauce and let it cook until thick. I used the last bag of frozen stock--3 cups, but didn't end up using it all. Once the veggies are softened, the chicken is added back, and then the sauce poured on. I made so much that I put it in a pie pan and a 9x13 inch pan. Then covered it with the cornbread with the blue cheese mixed in. That goes in a pre-heated oven for 20 minutes or until the cornbread cooks through.

It turned out pretty good--I used part buffalo sauce and part another hot sauce because I ran out of the buffalo sauce. It has some heat, but with so many veggies and the corn bread it is tamed. The one challenge I had was that the cornbread cooked all the way through in the pie pan, but was under done in the 9x13 pan. I didn't realize this until I went to dish it out for work lunches. Well, it will be more polenta like! I am looking forward to a good week's worth of meals.