So I promised to help with the food for a bridal shower, and I wanted to try some new dishes. Before I decide what I'll bring, I wanted to do a test run of some recipes that might be good. I found this recipe on SkinnyTaste--one of my favorite blogs, and I actually had almost all of the ingredients. The only thing I had to pick up was cupcake liners!

I did make a few substitutions: my lemon was not good, so I used two limes, used blueberries instead of blackberries, and used some gingersnaps and some vanilla cookies. 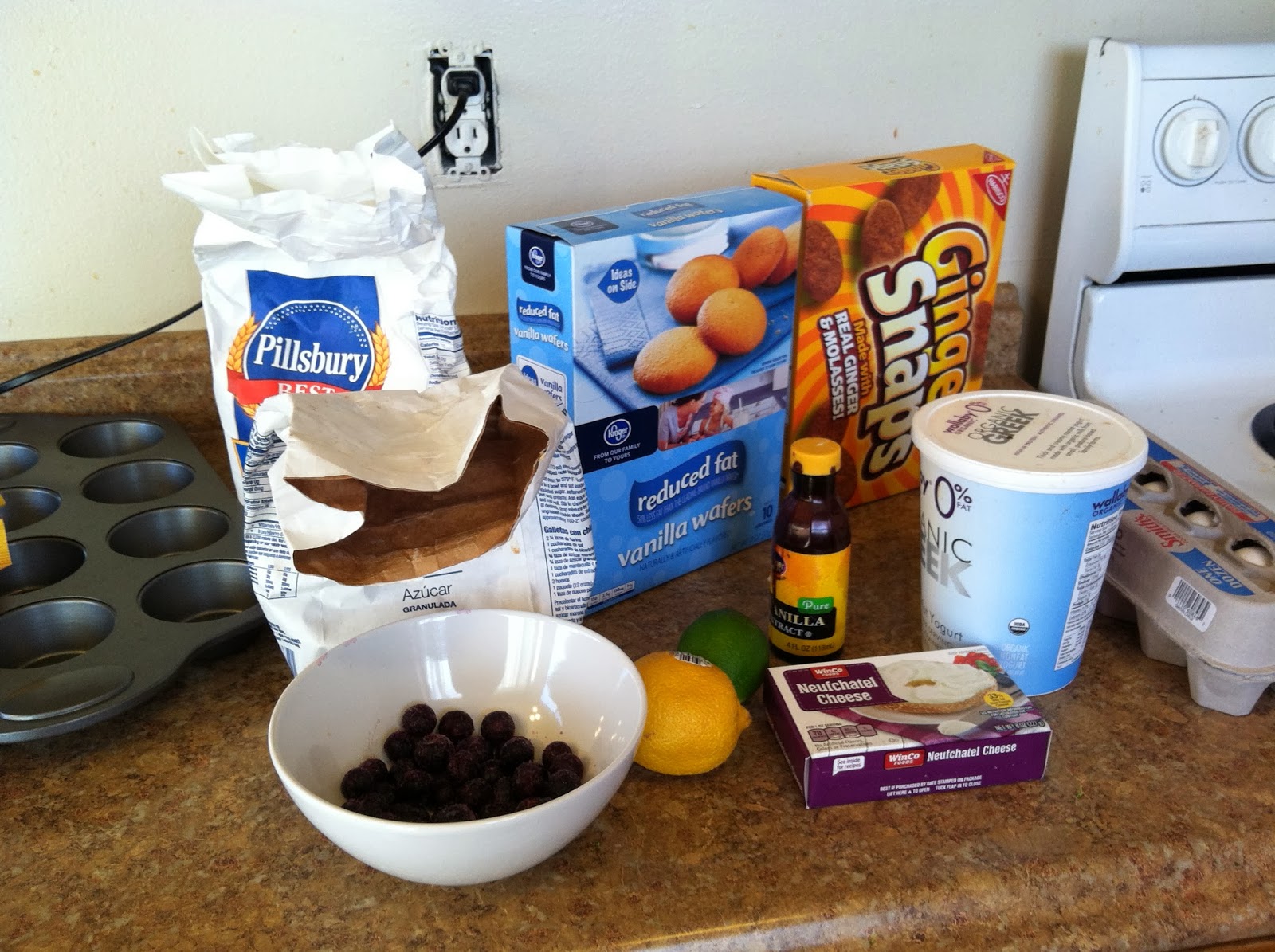 The first step was getting the cream cheese softened--I am impatient so I put it in a bag in hot tap water, so while that happened, I prepared the rest of the ingredients. I put liners in a cupcake pan and put the cookies at the bottom of each. I zested the lemon, but when I cut it open it was gross, so I zested a lime and got juice from it and another lime to make the 3 tablespoons. I also got out the blueberries to defrost.

This is only the second time I've made cheesecake, so the process is probably pretty typical of any cheesecake. The softened cream cheese is mixed with the sugar and vanilla, and then the yogurt, egg, lime juice, zest, and flour are slowly added. I tried hard not to overbeat it, and the cream cheese was not lumpy. The lime zest did add a strange green spotty appearance, but the batter did taste good.

Once the batter is mixed, it is divided between the prepared cupcake liners. I put a blueberry at the bottom of a few and some blue berries at the top of a few before they went in the oven at 350 for 25 minutes. They were overbaked and the tops cracked so next time I'll check them earlier.

I took them out of the pan right away so they wouldn't keep cooking, and stuck them in the fridge to cool for a while. 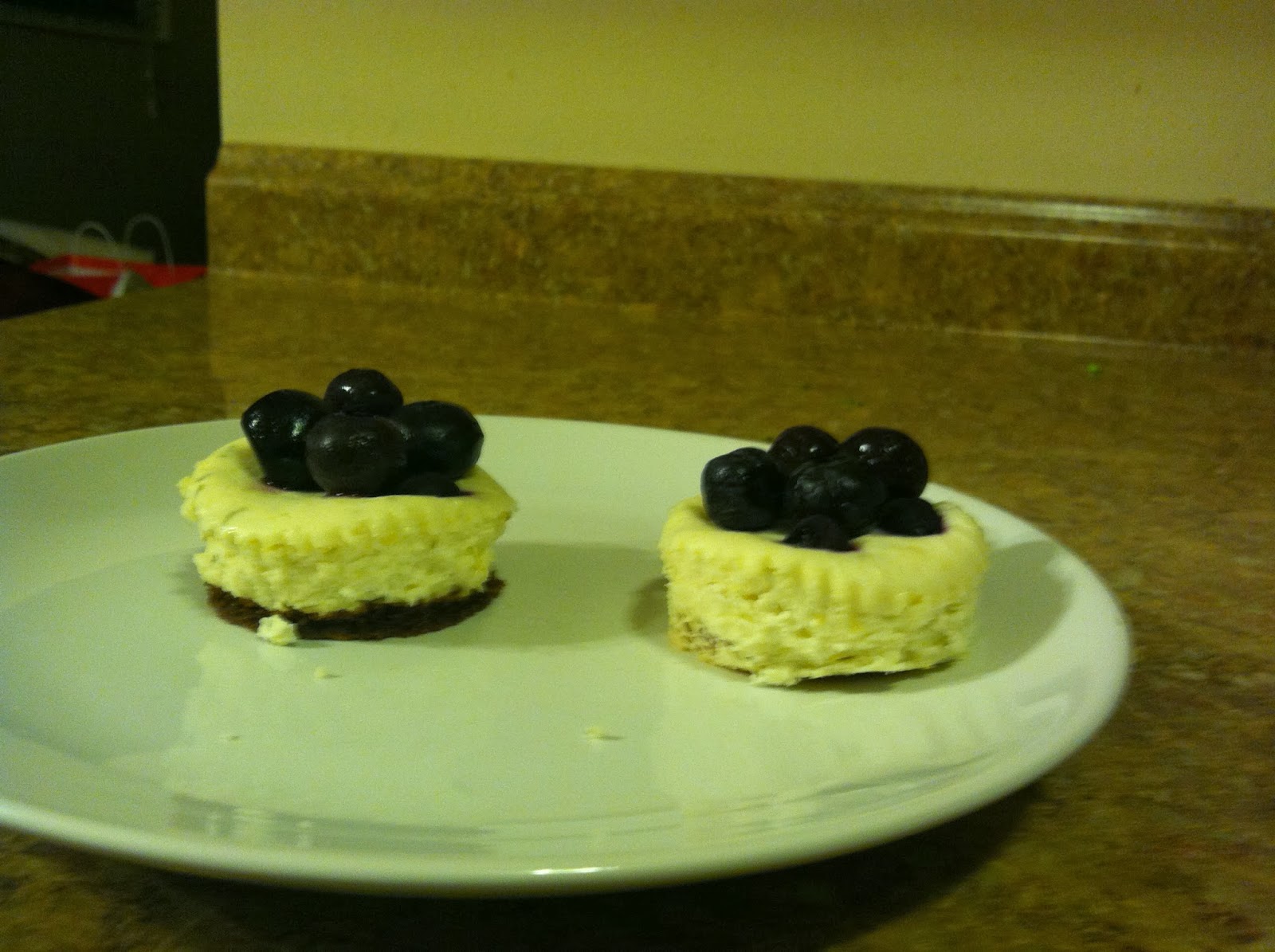 The Verdict: When I first made these, I didn't think they turned out too great. But they actually got better with time and when I got over my cold so I could taste them. Apparently, the original recipe called for vanilla yogurt, not plain, so that made them less sweet, but they were still really good. The gingersnap crust improved the second day, because it softened enough to be easily bitten through. Honestly, these are SO good, and at around 100 calories a cupcake, they are relatively healthy, so I eat them like a snack. In fact, I've since made a second batch with meyer lemons and a blueberry sauce that is even better. Stay tuned for the sauce recipe, SO good!