So even though the cheesecake cupcakes turned out delicious, my older sister vetoed all of my cooking ideas for our bridal shower except one. Mini quiches! I already had fillo shells that I'd bought intending to make something for work, so I wanted to use them up to free space in my freezer. Plus they are best for occasions where they are served right away, instead of needing to be made in advance.

I am using a method explained in a nifty Julia Child cookbook I bought--Julia Child's Kitchen Wisdom. The book has some specific recipes for quiche, but it also has the ratios for making your own recipes. Really, that is my style--a general guideline that lets me innovate! 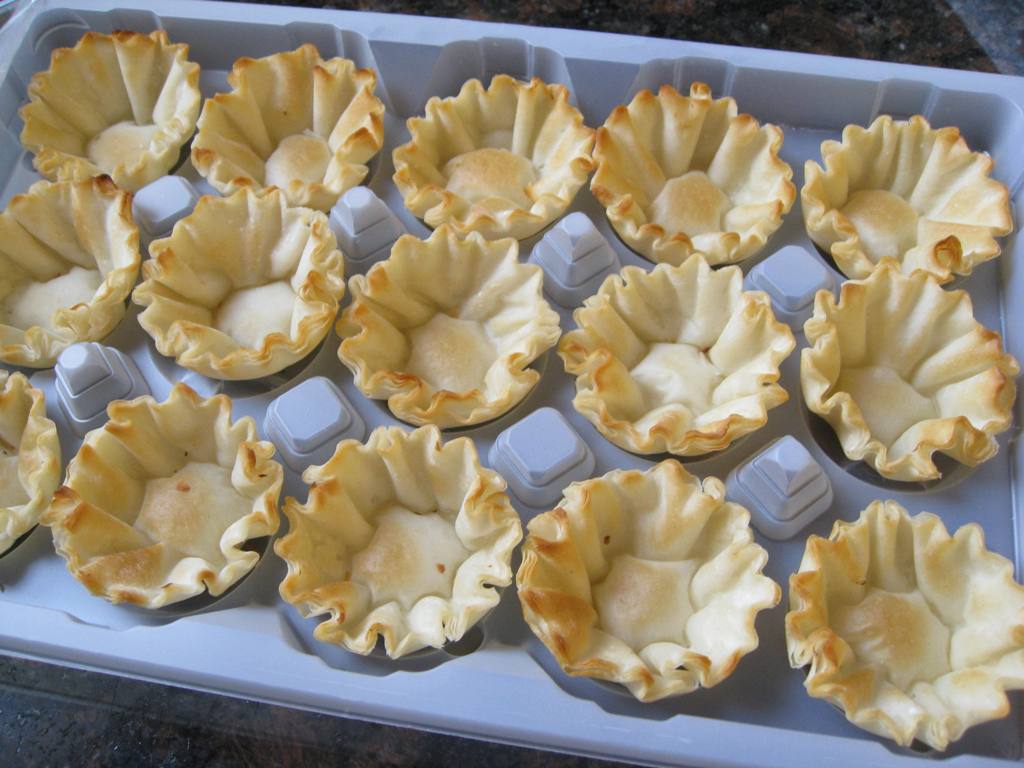 So Julia explains that the ratio for the custard of liquid to egg--whether milk, cream, or half and half--is determined by cracking the eggs in a measuring cup and adding liquid to get to the right amount. So for one egg you add up to the half cup measure for two eggs you fill up to the one cup measure. My liquid measuring cup only goes up to one cup, so I did 2 eggs twice. I'm not sure how much mixture I'll need for the amount of shells I have, but I figured better more mix than less.

The book has a list of different filling options, but helpfully lists other possibilities as well as encouraging experimentation. For a 9 inch pie it says one cup of filling--that is a 3 egg mixture. So that is the amount of filling I aimed for.

I first put a head of garlic in the oven to roast, along with a red pepper. Then I sauteed the white part of some green onions and a few mushrooms--both diced really fine. While that was cooking, I defrosted some frozen chopped spinach, and drained it really well before adding it to the mushrooms and onions once they'd both softened, sauteing it all together with a good dose of salt and pepper. Since this is going into pretty small shells I chopped the mix really fine after it had cooled a bit. Once the garlic and pepper had roasted, I chopped four cloves of the garlic and half of the pepper and added that to the spinach and mushrooms mixture. After that had cooled completely, I added it to the egg custard and whisked it well. 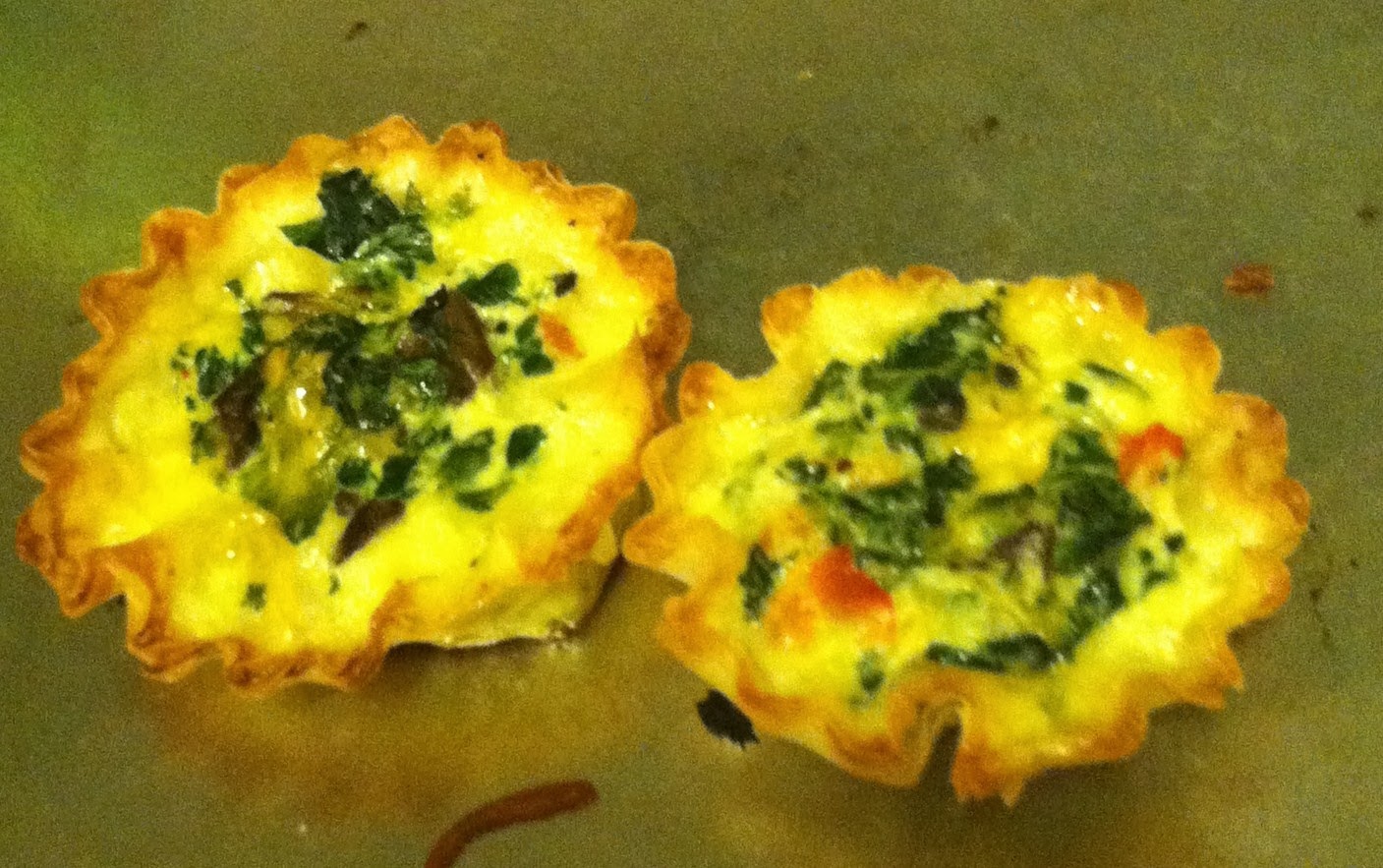 Since I was making these for a party, I made the filling the night before and cooked them at my sister's house right before the party started. I did make two before to test the seasoning and decide what kind of cheese to use. In one I added some feta and cheddar and the other just the sharp cheddar, but the feta didn't really stand out to me, so I didn't add it in the final batch.

These were actually quite quick to throw together at the party--I sprayed two cookie sheets with cooking spray, laid out the shells, put a pinch of cheese in each, and then using a liquid measuring cup poured a little of the mixture in each shell. They go in a preheated 375 degree oven for 12-15 minutes and can be served warm or room temperature. I finished them off with a shake of salt over the top to give a nice finishing touch.

The Verdict: The tray was empty at the end of the party and there were none left half eaten, so I suspect that people liked them. My older sister said that she liked the filling, and my younger sister said I was creative (I'm not sure if that is a complement!) I thought the combination of flavors was just right--the sweet garlic and pepper, the sharp cheese, the mushrooms, onions, and fresh spinach, and the crunchy shells added a nice texture. I've never made quiche before, and this was a pretty successful first attempt! I like the idea of trying different fillings and flavors, and it was a nice party dish!