"Goal" is a word that has limited usefulness in planning my year--to me it assumes that the things I want to do are things I can check off, like a to do list. I agree with Emerson that life is all about experiments--playing around with things that take you closer to your destination. So I have some things I want to play with, figure out, improve, conquer in 2014. Most of them are things that I've already been working on--but want to continue into the new year. 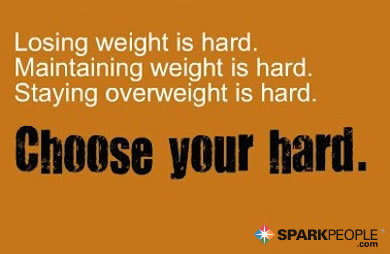 2014 marks my real start of the grand experiment that is maintaining a weight loss. Hundreds of thousands of books are published on how to drop pounds, but few tackle the real problem, which is keeping the weight off for the long term. So I'll keep weighing myself regularly, experimenting with what I eat and how much to maintain an equilibrium. I don't want to go under 130 or over 135, but weight fluctuates a lot all the time. My sister recommended a book called intuitive eating, that I think will help. The idea is there are no bad foods, no diets, just listening to your body and what it needs. As part of the first experiment, I'll be cooking--trying the recipes from my cook books, from the web, and ones that I've invented, and sharing them here on the blog. Hopefully, all of these cooking experiment will keep me in lunches and dinners, and out of fast food!

I'd love to say that I want to run again in 2014, but there is only so much I can control. So instead I will experiment with ways to stay active--swimming, cycling, walking, aerobics, whatever it takes to keep moving every week, all year long. Hopefully, all the exercising, strength training, and work will result in me being able to run before the weather gets too hot, but if not I will continue to move forward!

The biggest experiment is with my knees--I've got to find how to get them not to hurt. I'll be going back to the doctor and doing physical therapy, but a lot of it seems like experimentation is what will really help. My last big experiment is trying to teach myself Spanish--this is a long term goal to learn Spanish so I can better serve the patrons at my library. It would be such an asset to the community if I could better serve our many, many Spanish speaking patrons. Right now we have one staff member who speaks Spanish, but he is not always there, and he works in the circulation area. I've started the Pimsleur cds, am using duolingo on my phone, and have been doing some grammar lessons on a website my dad sent me. It is hard already, I feel like it will be years before I'll be able to say more than "no entiendo Espanol." But if I know my mom, and I do, she'll be speaking Spanish to me if she hears I want to learn.

So I'm looking forward to 2014, which will be ever moving forward. As my Dad would say--onward and upward! Let's make this year even better! My mom would say that whatever you do on New Year's day is what you'll do all year long--so I did my physical therapy, went swimming, practiced Spanish, and cooked a whole bunch of foods I'll have to blog about!
Posted by Sarah at 3:34 PM

Email ThisBlogThis!Share to TwitterShare to FacebookShare to Pinterest
Labels: 2014