So I was discussing some of my new favorite foods and someone suggested that I give parsnips a try. I'm not sure that I've had them before, so I went out and bought a couple. I peeled and chopped them and tossed them in a crockpot with some carrots, onions, and potato and chicken breasts. After 8 hours in the crock pot, only the chicken was still edible. The parsnips gave everything a nasty metallic taste that I just couldn't handle. Gross! But I am not one to give up--and on the encouragement of fellow Loseit.com posters, I am trying again. This time I'm following a recipe from one of my cookbooks--Robin to the Rescue, and will be pan frying/sauteeing them. 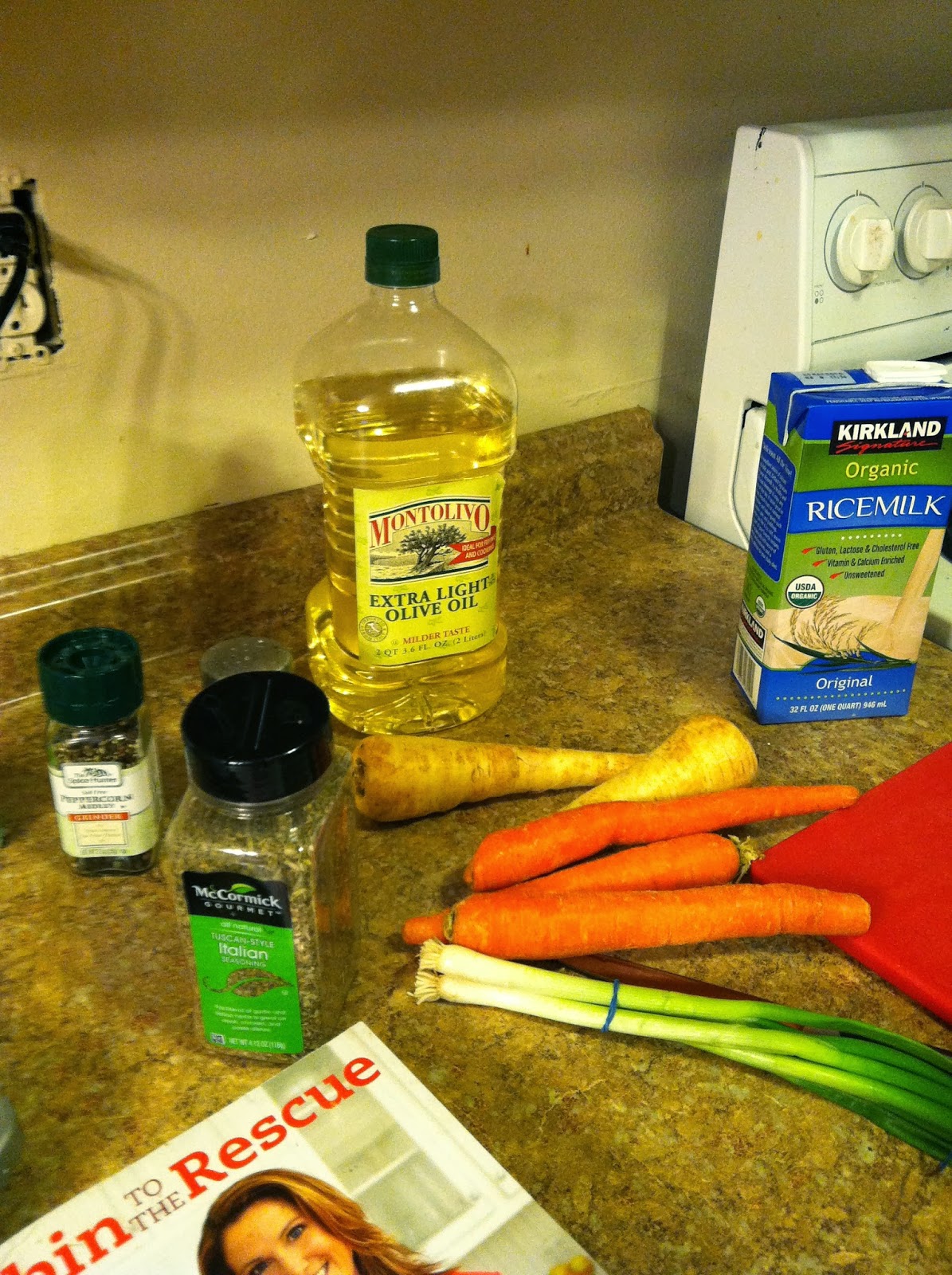 (I got out the milk instead of the broth, but I did switch it out before I used the wrong thing!)

This is a pretty easy side dish. First you peel the carrots and parsnips, and then dice them and the scallions.The direction said a 1 inch dice, but I was not sure what that looked like--is that how thick the parsnips are or how thick the slices should be. Carrots and parsnips are both skinny on one end and thick on the other, so I wanted even slices. I did it at an angle so they were all the same thickness.

Heat the oil on medium high, and then drop the scallions and sliced carrots and parsnips in and let the oil coat them and cook for a few minutes. Then add the dried herbs--I used Italian seasoning mix, and cook for several minutes. After that has gotten fragrant and time to cook, than add half a cup of vegetable broth and let simmer until they are cooked through. It took a while for that to happen and all of the broth had cooked off and become syrupy. 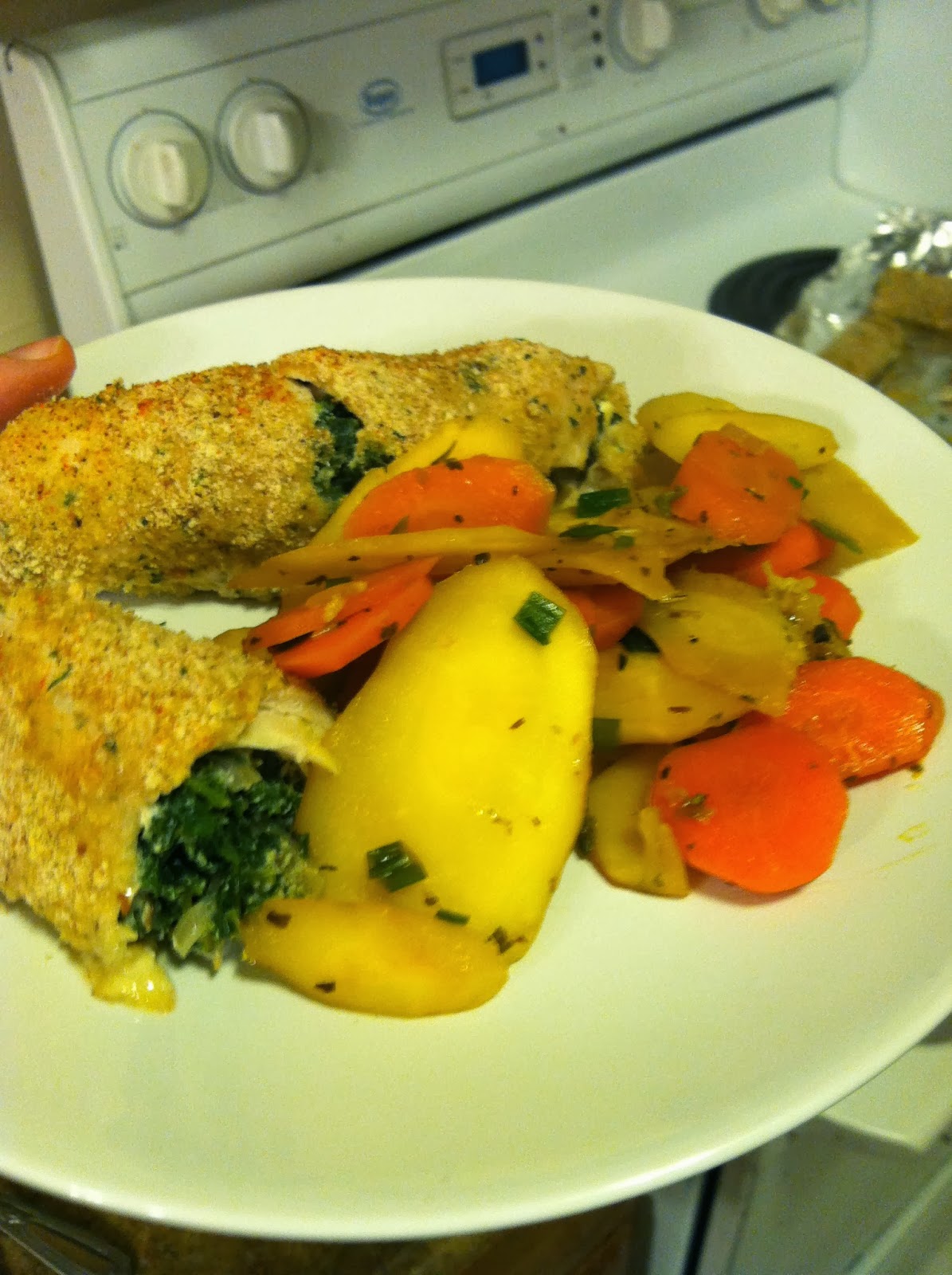 I'm still not 100% I like parsnips--it still had that metallic almost bitter taste that I had in the crock pot the last time I made it. The carrots were yummy, and the parsnips were not bad--the peppery taste went well with the sweet carrots. I served it with a Turkey Cutlet roll-up that had a similar seasoning. If I do make this again, I'd increase the ratio of carrots to parsnips. That way they would be more of an accent, than a primary flavor. I'm going to try roasting parsnips next--I keep hearing how yummy they are and I want to taste that!
Posted by Sarah at 6:32 PM