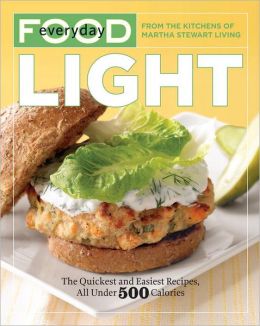 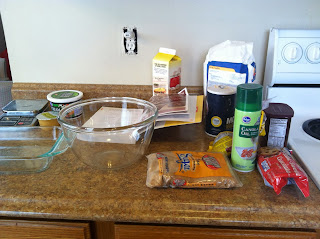 So last Wednesday night, the furnace in my apartment went out, which lead to a chilly Thanksgiving morning! Fortunately, I have a nice space heater, and my wonderful brother-in-law (and landlord) was able to get it up and working on Friday. Imagine my surprise when I arrived at work on Saturday to find the heater had also gone out there. Joy! Sadly, it is an older and much more complicated system than my apartment furnace, and the HVAC crew was not able to get it working. With patrons at the door, and relatively balmy temperatures at 50 degrees, we stayed open all day. It was cold, it was busy, we were short staffed. Anyway, the brave staff who worked and maybe are still working with no heat deserve something special for their efforts. Hence, I made some brownies for them.

I got the recipe from Everyday Food Light, and I was surprised at how easy it came together. Typically a box mix is as fancy as I go with brownies!
The Ingredients:
Light Chocolate-Chunk Brownies
2 tablespoons vegetable oil (I only had olive oil, so I used that, I hope that is ok!)
4 oz bittersweet chocolate coarsely chopped (I used semisweet chocolate chips, since that is what I had)
3/4 c all purpose flour
1/2 c unsweetened cocoa powder
1/2 tsp salt
1/4 tsp baking soda
1 c packed brown sugar
1/2 c unsweetened apple sauce
1/2 c fat free sour cream
1/2 cup egg substitute (I didn't have real eggs!)

So half of the chocolate chips went in the microwave in a bowl to melt, 30 seconds at a time. And all of the dry ingredients were whisked together in a bowl. I may have whisked too much, because there was chocolate everywhere, and I think I aspirated some of the mix. Still, easy peasy, so far!

The directions said to bake in a 9x9 pan, which I do not own. So I decided, and google helped, that a 11x7 pan would also work. I sprayed it with cooking spray, and preheated the oven to 350.

Next, after stirring and melting the chocolate chips, I added the wet ingredients together, and whisked in the melted chocolate. Fortunately, it didn't get everywhere, like when I whisked the dry! After that was mixed, I added the dry ingredients and just barely stirred until it was incorporated. I spread the batter in the pan, and dropped the remaining chocolate chips on top, and baked it for 34 minutes, when a fork came out mostly clean. 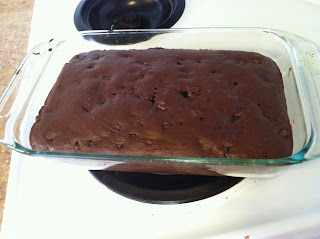 The Verdict: Yummy, but more cake like than fudge like, probably because I used more substitutions and less fat filled ingredients. My coworkers enjoyed them. One particularly liked how moist they were, and was excited about having the recipe for moist and healthy brownies! If I make them again, I might put them in a larger pan, to make thinner brownies, since these came out thick and cakey.
Posted by Sarah at 6:24 AM